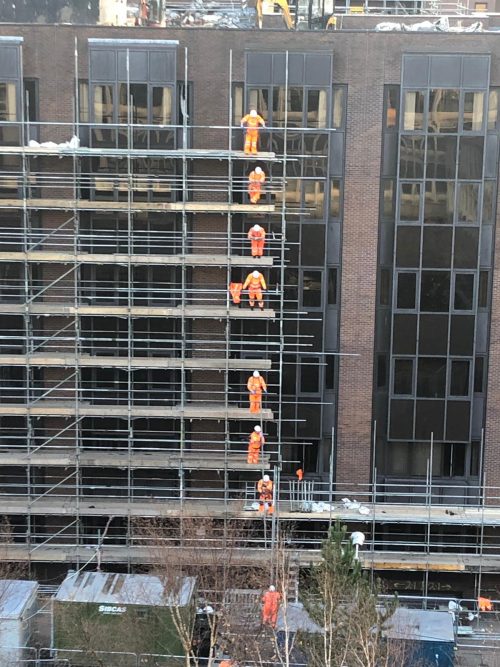 Jane Carolan lays out an alternative approach to that offered by the SNP Scottish Government.

In the election, employments rights were on the Scottish political agenda. Several party manifestos maintained the policy of Scotland as a country of ‘Fair Work’ and made promises on how that Fair Work agenda could be maintained or even reinforced. ‘Fair Work’ through the previous Scottish Government’s ‘Fair Work Action Plan’ (FWAP) says it is about ‘focusing on encouraging and supporting employers’ to foster diversity, security of pay, and skills development and having an effective voice in the workplace’. However, the pandemic exposed a deeper reality in the working life for many Scots, bringing food bank use and private sector evictions centre stage, and highlighting the predicament of the ‘working poor’. Why in 2021 is a wage not sufficient to provide for living costs?

One statistic from the recent ‘Fair Work’ plan starts to answer this. Some 64% of the workforce in Scotland is in secure employment, meaning 36% are in insecure conditions, usually classed as ‘precarious work’. It combines low level of certainty over job continuity, poor control over working hours, a low level of protection (against unemployment or discrimination), and little opportunity for training and career progression. Such workers are classed as casual, agency or seasonal like those on zero-hour contracts, or ‘gig’ workers.

The emergence of the ‘gig’ economy undermines this regulatory framework and strips employment of any meaningful legal protections as well as legal obligations such as national insurance and pension contributions, the minimum wage, paid breaks and paid holidays. So-called ‘independent contractors’ enter into a formal agreement to provide services to a company’s client. It is sold on the basis of ‘being your own boss’, making your own hours and income. In reality the work situation is dominated by apps and algorithms dictating every move. It was a service agreement excluding drivers from the status of being ‘workers’ under UK law that are being slowly but successfully legally challenged by the likes of couriers and drivers.

It is at the extremes of working conditions that the lack of protection for Scottish workers is seen at its most obvious and where ‘Fair Work’ limitations are exposed. ‘Fair work’ is voluntary, relying on collaboration, engagement and partnership, operating through the ‘good’ employer. The Fair Work Convention provides advice but not comprehensive standards and no effective means by which standards can be monitored or enforced. The FWAP monitors a range of statistical labour market indicators but what it cannot demonstrate is that any changes recorded for better or worse are in any way linked to its own work.

The case for workers’ rights cannot depend on the wishes of employers. Scotland remains the part of the ‘most lightly regulated labour market of any leading economy in the world’ as Blair stated. From Thatcherism onwards, legislation has consistently diminished workers’ rights and the role of unions. The prerogative for legislative changes remains at Westminster until the constitutional settlement changes. However, these legislative constraints should not prevent the Scottish Government testing the limits of the possible.

There is an alternative. Workers’ rights and union rights are fundamental human rights enshrined in charters and treaties in international law which Britain has chosen to ignore but which remain the responsibility of governments. Based on that international law, ‘The Charter for Workers’ Rights Scotland’ makes the arguments for an approach based on the recognition of workers’ rights, encompassing employment status, working time, the living wage, pay equality, measures to ensure gender, race and disability equalities, health and safety and wage protection. Such individual rights need to be balanced by the reassertion of collective rights – to recruit without anti-union discrimination, to organise with access to workplaces and facilities, to have rights of union recognition, and to take industrial action. Unions are democratic organisations that exist to defend the rights of members and need to have the ability to organise freely.

Enumerating rights is not the sole aim of the Charter for it recognises the need for a coercive element that ensures that employers comply. Creating effective enforcement machinery has to start at the heart of government with a strong voice at the cabinet table with an individual responsible for industrial relations to develop coordinate and implement a radical vision. Specifically, the cabinet secretary for labour would collaborate with unions and employers to establish a register of employers committed to the Charter and a robust machinery for reporting and monitoring compliance by these employers. These processes should be mandatory in public procurement and licensing decisions, where legally possible having regard to the extent to which prospective contractors are registered and after due diligence found to comply with the provisions of the charter, a provision to be extended to all public authorities and public bodies.

In addition, the Scottish Government must commit to a timetabled rolling programme of sectoral collective bargaining in order to have agreed terms and conditions for all workers concerned across an entire industry. Sectoral collective bargaining does not remove the need for minimum standards set down in legislation but builds upon these statutory standards and ensures that minimum rights do not become the maximum. Across sectors such as social care, hospitality, construction and early learning, such bargaining, common throughout Europe, can raise wages and begin to enhance worker protection.

Jane Carolan has coordinated the work of IER Scotland on which this piece is based. See ‘Scottish Charter of Workers Rights’ @ https://strathprints.strath.ac.uk/67615/