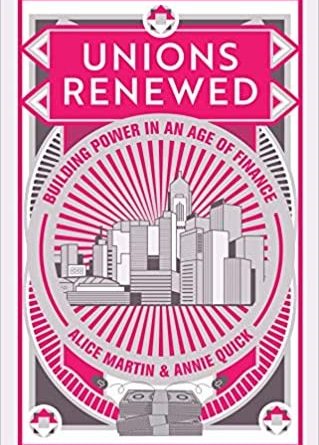 John Bratton and David Erdal argue for one specific method for ‘building back better’.

The global Covid-19 pandemic, which has caused unprecedented job losses in Scotland, has highlighted just how out of kilter our current arrangements are for providing well-being, security and prosperity for individuals, businesses and society. Here, we explore what a reimagined system would look like – one aimed at using democratic worker ownership to achieve a sustainable recovery and tackle social and economic inequalities in Scotland.

In the pre-Covid-19 era, neo-liberal ideology persuaded corporate elites to minimise their ‘core’ workforce and outsource and contract the rest, offshoring jobs to low-wage economies in Asia. This was accompanied by cost-cutting human resource practices such as zero-hours contracts devoid of employment rights and security. Neo-liberalism justified the practice of profiteering from assets, without engaging in productive activity in the real economy – known as ‘financialisation’. So-called ‘creative’ financial procedures, included borrowing in order to buy back shares rather than investing in new technology or training or jobs or paying higher wages. Higher share prices, in turn, justified obscene chief executive salaries and bonuses. Between 1998 and 2020, chief executive pay went from 48 to 120 times typical full-time workers’ pay. Financialisation helps to explain how Ford registered most of their profit from leasing cars rather than actually manufacturing vehicles. The trend towards outsourcing and offshoring jobs has shifted power away from working people towards capital. Further, income inequality has risen as union membership has fallen along with wage-bargaining from the 1970s onwards.

Democracy is supposed to keep the powerful in check. But it’s notable that democracy is almost entirely absent from the corporate world. In the twenty-first century, corporate elites, across different sectors, have been found guilty of fraud, malpractice and corporate malfeasance. Many organisational problems are rooted in a flawed system of governance. No directors or managers are ‘elected and removable’ by the people who engage in economic activities and create wealth. Contrary to the ‘public’ sphere which provides certain rights, when we walk into the workplace, a sphere classed as ‘private’, rights are given up being to rights to information, to influence decision-making and to have any share in the wealth created.

In contrast, when a business is worker-owned, the workforce has the right to be informed on all that affects the business. The directors are elected by those who actually make the company succeed, that is, the only valued-added element in the enterprise. The directors’ salaries are usually voted on by all workers. And the workers vote on what proportion of the profit is to be invested in technology or training to keep the business strong, leaving the rest for distribution among those in the company. To neo-liberal economists, this system sounds dangerous: workers will make bad decisions, bleed the company dry rather than invest and vote incompetent people onto the board. The evidence for the neo-liberal’s nightmare is non-existent. Studies have shown that worker-owned businesses invest for the long term: they create jobs faster than businesses owned by outsiders, they invest at a greater rate, they survive downturns better, and they last longer. Moreover, they share the wealth they create among all who work there. In short, they are managed differently and better.

Scotland, with 8.2% of Britain’s population, has some 17% of the worker-owned companies. Worker ownership suits the ‘Jock Tamson’s bairns’ strand in our culture. By making workers owners and active partners, all who work in the business experience active democracy. The rights that need to be transferred to workers for a worker-owned business to function include: the right to be informed about the business; the right to appoint or elect the leaders of the business; and the right to share in the wealth or loss created by the workers in the business. These rights are seen as belonging to the owners of the business. In the political world, our right to vote cannot be sold or given away and cannot be inherited. We have it purely due to our residency in our constituency. To sell it or hire it out to someone else would be corrupt. Similarly, in worker-owned businesses, you have the vote because you work in the business. It is not a tradable property right but a personal right because of your role. What is your property is any capital that you build through the annual distribution from profit.

Forty years of neo-liberalism has left the Scottish economy weakened and caused grotesque economic and social inequalities. To address the triple crises facing us – the pandemic, climate change, post-Brexit unemployment – it is increasingly apparent that we need an alternative, a more democratic, more environmentally sustainable, economic model. As the Scottish economy recovers, it would be unconscionable to maintain the former failed economic regime. The union movement and the Scottish Government need to challenge the democratic deficit in the workplace and support worker ownership.

The raison d’etre of unions has been wage-bargaining to mitigate the worse features of industrial capitalism, but traditional collective bargaining is not well-equipped to address the challenges of financial capitalism. Martin and Quick argue their Unions Renewed: Building Power in an Age of Finance (Polity, 2020) that as part of reimagining the role of unions, where they have leverage, unions can help build support for worker ownership. One concern of union leaders is that the rewards of ownership come with risks. We argue that this perception of risk is an illusion. In profit-oriented companies, managers are tasked to shift the consequences of any economic downturn on to the workers, by lay-offs or wage cuts. The collapse of the giant construction company Carillion demonstrated the primacy of maximising shareholder value and corporate malfeasance which saw mass redundancies and loss of workers’ pensions.

The drive to maximise profits was at the heart of the recent proposed ‘European Super League’, the breakaway competition the inspiration of a coterie of wealthy owners, deeply ignorant of football, whose aim was to extract even more profit. German mega clubs such as Bayern Munich and Borussia Dortmund were not part of the breakaway group, the reason being that German football clubs are not owned by super rich elites but are ‘fan-owned’. Club presidents are elected by the members. In Scotland, Partick Thistle is atypical. It is wholly fan-owned, a gift from the lottery winner, the late Colin Weir. Debate off-field has suggested that a similarly democratic model could be implemented in Scotland to give power back to supporters above rich owners.

Imagine how the idea of democratisation of workplaces would be furthered if the STUC put its multiple expertise and resources behind supporter ownership of Scotland’s football clubs. STUC backing would strengthen workers’ discursive power. This describes the ability of workers and unions to challenge the dominant narratives on governance, thus, shaping public discourses, develop collective identities and political agency. Unions are well placed to retrain their organisers to focus on how to make democratic constitutions work in practice in businesses that are no longer based on conflict: they are now partnerships of all who work there, strongly linked into the needs of their local communities and aimed at success over the long term.

As Roz Foyer outlined in Scottish Left Review (118, Jul/Aug 2020), the STUC supports the Fair Work Convention’s vision that by 2025 workers in Scotland should have an effective voice, opportunity, security, fulfilment, and respect. For workers and communities, worker-owned businesses can scaffold the Fair Work Framework. Based on the experience of the Covid-19 pandemic, a good starting point to begin the extension of worker-owned businesses in Scotland is the care sector. Although the Scottish government did have an infectious suppression plan, it did not have control over its borders or the financial powers to be able to support different kinds of restrictions and interventions to suppress the virus. However, constitutional matters aside, it did make critical mistakes. During the first wave, Holyrood failed to protect residents in long-term care when they followed England and discharged elderly patients from acute hospital wards to care homes, many without a Covid test, to free up NHS beds. Further, front-line care workers were exposed to the virus due to an acute PPE shortage. In a joint statement in 2020 – signed by UNISON, UNITE, GMB, TUC and the Association of Directors of Adult Social Services – UK ministers were told that problems with supplies of PPE and a lack of testing was exposing care workers and residents to unnecessary risk of exposure. The common practice in the sector of peripatetic staff working at various locations also heightened the risk of exposure to the deadly virus as did the use of zero-hours contracts (ZHC). Those on ZHCs are much more likely to be women or younger or older or BAME workers. It is also well-known they are also associated with some of the worst forms of exploitation. ZHCs allowed Covid-19 to spread through residential homes because infected or asymptomatic workers who could not afford to self-isolate unwittingly put themselves and residents at risk. When the elderly needed the protection the most, the state failed, not just once, but again and again: from PPE to slow lockdowns to privatised testing to profit-driven care homes. And, in Scotland thousands died as a result. It does not take a genius to predict that removing the profit motive, worker-owned care homes could overcome the systemic failures of private elderly care in Scotland.

It would be a mistake to see union action as the sole force for closing the democratic deficit in the workplace. Working in tandem with the STUC, the Scottish Government can pivot away from its record of orthodox managerialism and introduce policy changes that give workers rights to buy their businesses. The workers of any business that is being sold should be given the pre-emptive right to have first refusal to buy it at fair market value. Policy changes should give owners stronger tax incentives than now exist to sell their business, main or subsidiary, to the workforce. As well as greater robustness and worker engagement in active democratic systems, the dynamic of the Scottish economy would then shift towards more local supply chains, reversing the 40-year trend of de-industrialisation.

• This article is based on their forthcoming chapter, ‘Can democracy go hand-in-hand with efficiency?’ in Gall, G. (ed.) A New Scotland: Building an Equal, Fair and Sustainable Society (Pluto, 2022)

John Bratton divides his time between Calgary, Alberta and Edinburgh, Scotland. He has authored 8 books including ‘Capitalism and Classical Social Theory’ (2019) and ‘Work and Organisational Behaviour’ (2021). In 1985, David Erdal took over running his family’s paper mill, Tullis Russell, and moved it towards democratically-governed employee-ownership. He has helped other businesses become worker-owned and has authored ‘Local Heroes: How Loch Fyne Oysters Embraced Employee Ownership and Business Success’ (2009).