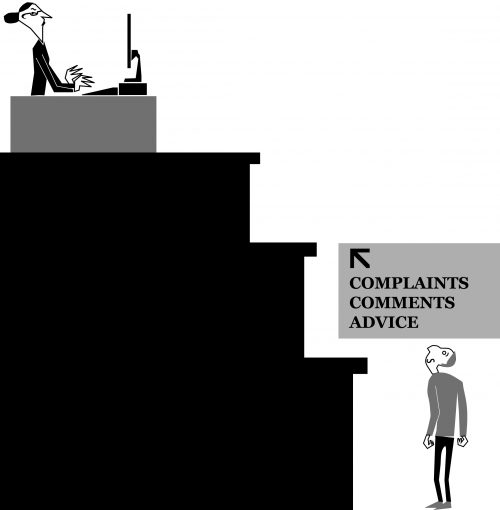 On 14 February, Matthew Taylor – heading up the government’s review into employment law in the gig economy – began a tour of Britain to speak to workers and employers about their experiences in the workplace in order to develop recommendations for reform. Ahead of the tour, Taylor told the national press that the imbalance of power between workers and employers has led some workers to feel like ‘slaves’, and some employers to exploit the desperation of a powerless workforce. Workers, he said, must be given a voice in order to put paid to this destructive imbalance.

Indeed, the Institute of Employment Rights has long called for workers’ voices to be strengthened in order that they can resist the abuses of unscrupulous employers and protect their own interests by negotiating for fair wages and conditions. Taylor’s preliminary recommendations, however, are tokenistic in light of today’s labour law landscape, which overwhelmingly stacks the odds in favour of businesses and leaves workers out in the cold.

Written terms and conditions; the right to request a permanent position; the ability to check if you are legitimately classified as ‘self-employed’ – armed with such knowledge and power, workers will pressure their employers into a fair wage and a decent job says Taylor.

He conveniently forgets those facing benefit sanctions if they do not accept any role they are offered; the estimated 3m precarious workers who do not even have the right to guaranteed hours; the ‘employees’ in so-called secure work who have no right to claim unfair dismissal until they have been in their job at least two years; and those who do have rights but are charged up to £1,200 to enforce them at Employment Tribunal. No amount of ‘empowerment’ will encourage workers to risk their livelihoods by daring to speak out. The destructive imbalance of power is embedded within labour law itself.

But if today’s employment law incubates exploitation, we believe tomorrow’s can be used to reverse it. In our Manifesto for Labour Law – 25 recommendations for the reform of employment law, the principles of which have already been adopted by the Labour Party, a team of 15 leading labour lawyers and academics draw upon a wide evidence-base and international comparisons to call for comprehensive reforms. We believe these reforms will provide for a democratic workplace – and a democratic economy – in which workers truly can have a voice.

We call for a universal definition of ‘worker’, which would apply to anyone in employment and deem them eligible for the full suite of employment rights from day one. By such means, will we remove the temptation for employers to hire agency ‘workers’, who do not have the right to claim unfair dismissal, in place of permanent ‘employees’, who do.

We call for a shift in the focus of employment law away from statutory individual rights (which themselves would be strengthened) to collectively agreed wages and conditions. Legal minimums simply provide employers a floor to aim for (as Sports Direct CEO Mike Ashley said in defence of his company’s poor pay: ‘I don’t set the minimum wage’). Unions, which allow workers to strengthen their voices by organising collectively, would negotiate at both sectoral and enterprise levels to provide for fair pay and conditions in the workplace.

We call for the establishment of a labour inspectorate to ensure the enforcement of workers’ rights – either in-house through collectively agreed dispute procedures, or at a free-at-the-point-of-use tribunal. We also call for a seat at the boardroom table for workers so that they may have a say on executive pay and so that they may advise bosses of problems on the frontline, thereby, increasing the productivity of their organisations.

And, we call for a voice for workers at a national level too, through the re-establishment of a Ministry of Labour with a cabinet seat, and through the creation of a National Economic Forum, at which workers’ representatives would join other key stakeholders to assess the impact of policy on all sections of society.

Taylor has correctly identified that workers need a voice, but he will report to politicians who instituted the Trade Union Act 2016 to weaken workers’ bargaining power; who erected barriers to access to justice so that workers may not speak out; and who extended the qualifying period for unfair dismissal to two years so that employers cannot be held to account.

Strengthening workers’ voices will take more than ‘empowerment’; it will take substantial change. The Institute of Employment Rights is currently drafting legislation for this very purpose, but we cannot do it alone. To support our aims, please share our Manifesto page, purchase your own copy of the Manifesto for Labour Law, and consider donating to our Project Development Fund.

Sarah Glenister is the National Development Officer at the Institute of Employment Rights (http://www.ier.org.uk/)