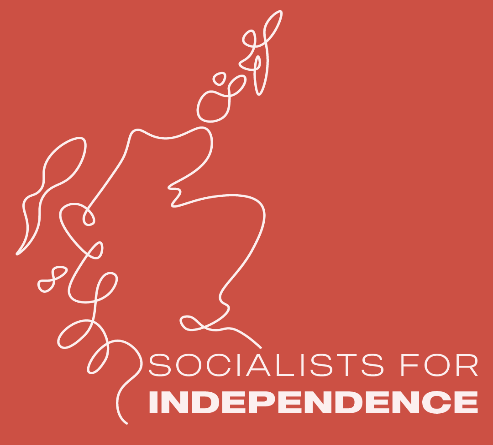 Kevin McVey reports on a new initiative to build socialist support for independence.

Scottish politics is dominated by the debate about independence. It colours all the discussions about Scotland’s future. Across the left there are many shades of opinion on how Scotland can determine its own future and what that future should look like.

Socialists for Independence was formed in late 2021 to be part of that debate. It aims to be a positive and dynamic network that will provide a welcoming space for people to have a dialogue about a range of issues, from how to secure an independence referendum, to what a progressive Scotland may look like in the future. We are non-party political and welcome people from any party and none, who want to be part of the building of a fairer Scotland.

We want dialogue but we also want action. We want to be part of the broader independence movement and we want to work constructively with others in shaping the direction that movement might take. We recognise that central to the question of how to achieve independence and to what a new Scotland might look like is the reality of the everyday lives of working-class people in Scotland. It is in the working-class heartlands of Scotland that support for independence is highest, reflecting the hope that with independence comes change. For the same reason a majority of young people back the independence cause.

We believe, therefore, that there is a constituency out there of people who reject capitalism and the values it represents. It was significant to see at COP26 the demand for ‘system change, not climate change’ as people identified the rapaciousness of the market with environmental destruction. There are thousands of Scots who identify with the ethos of socialism that values the collective provision of goods and services for the common good. These are the people who can be the backbone of a movement rooted in communities throughout Scotland.

We have five main aims under the headings of: independence, ecology, equality, community and socialism. It is a vision of a Scotland which is a democracy free from the trappings of feudal power, where there is public ownership and democratic control of our energy, transport and banking networks and where nature is protected from the ravages of the dash for profit. Socialists for Independence is an exciting addition to the broader independence movement and to left politics in Scotland and we look forward to collaborating with those who share our socialist vision.

Kevin McVey is a founding member of Socialists for Independence (https://socialistsforindependence.scot/) who has been active in the socialist and trade union movement since the mid-1980s.