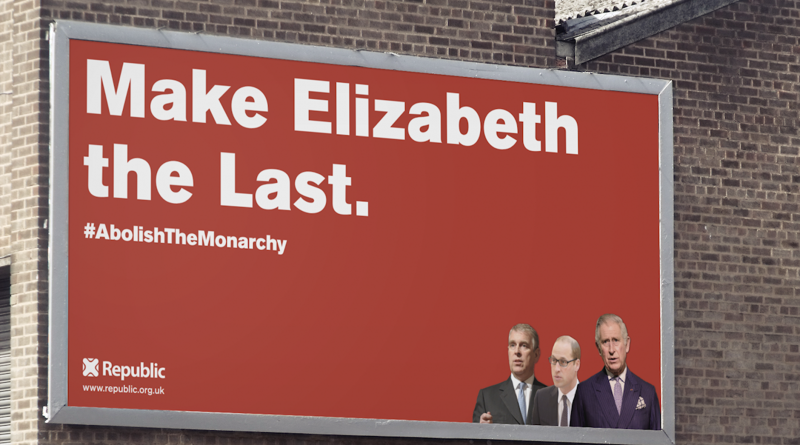 Gregor Gall surveys the options we can choose from and who might help to deliver it.

The death of the queen and the accession of a new king have provided the best opportunity in many generations to develop and deepen the case for a republic in any and all parts of Britain. This far exceeds what the queen called her ‘annus horribilis’ of 1992 when there was widescale public revulsion at the cost of rebuilding Windsor castle after a fire which started due to royal negligence or the sexual assaults on minors of her son, Andrew. But what is a republic and are there different, varying types of republics?

Some of the most famous republics were borne out of revolution and armed struggles of national liberation. The most obvious examples are those in America and France in the late eighteenth century and in Russia at the beginning of the twentieth century. A number of countries such as former colonies in the British empire used the opportunity to become republics too. Ireland, Tanzania and Zimbabwe are examples. The creation of the Islamic republic of Iran saw the overthrow of the Shah (king) in the Iranian revolution of 1979. Earlier the overthrown of the Kaiser (king) saw the establishment of the Weimar republic. That may suggest that republics are inherently of a left-wing nature. But this would be a mistaken conclusion. They can be but they are not necessarily so.

The case of Ireland indicates that after gaining its independence, it was not the more thorough going republican and radical Sinn Fein that benefitted politically for the two establishment mainstream parties, Fianna Fáil and Fine Gael, completely dominated until very recently. Both these parties are social and economically conservative. And even Sinn Fein – although it still does not take it seats in the Westminster Parliament which requires taking an oath to the Crown – has started to accommodate to the monarchy by moderating its abstentionism in terms of now deceased Martin McGuiness and current leader in the North, Michelle O’Neill.

But the most obvious case of the promise of republicanism turning sour is found in the United States. After freeing itself from British rule, the US went on to establish an empire that was at least as big and as violent as the one Britain had created. The oppressed became an oppressor with former black slaves denied the right to full and free citizenship for countless decades.

The execution of king Charles I in 1649 led to a short-lived republic in England. Nobody can know how this might have turned out because the monarchy was restored just over a decade later. There were certainly groups like the Diggers, Ranters and Levellers who wanted to take changes much further but they were suppressed by violent means.

A republic is premised on more than just the rejection of a monarchy. It is more than just having an elected head of state. It is based upon the notion of popular sovereignty. In other words, power should rest with the people. But just how that is interpreted and implemented in practice can lead to quite wide variations. Different types of democratic practice can lead to right-wing or left-wing outcomes. It is not a question of whether parliaments exist or do not exist but which social classes control these parliaments and how this control is used and to whose benefit. In other words, which group of people power resides with.

Some 80% of the world’s states are self-proclaimed as republics. There are liberal democratic republics and Islamic republics. There used to be many so-called socialist republics before the fall of the Berlin Wall in 1989 presaged the collapse of ‘actually existing socialism’. In all of them, there is or was a dominant social class which somewhat turns on its head the notion that a republic is quintessentially about popular sovereignty.

Parliaments choose not to control many aspects of life and society so that the rights of private property remain sacrosanct. This gives rich and powerful groups within society the opportunity to protect and advance their own interests to the detriment of others.

So, just like independence, republicanism can take different forms and be of different types. Republicanism is necessary but far from sufficient for creating a fair, just and equal society. Electing a head of state does nothing more – in current circumstances – than create another member of the ruling class. Presidents in Ireland, for example, are overwhelming drawn from the existing elite. By contrast, a radical republic would see ‘ordinary’ workers elected as the heads of state on a rotating basis and on a workers’ wage. They would no longer lead a cossetted life, living in plush surroundings that would be the envy of most.

Closer to home, the republican campaigning group, Republic was formed in 1983. While it has done some sterling work, it is not a particularly radical outfit. Stopping the abuses of power and privilege by monarchs is one thing but creating a positive alternative is quite another. Popular people’s parliaments through the means of citizens’ assemblies are needed for that task – but only if they are willing and able to challenge the vested and powerful interests in society. The monarchy is but one of the many of these.

When all is said and done, a republic is needed. It is not a distraction from more pressing issues but rather part and parcel of resolving them. The monarchy in Britain is the most visible and public sign of the massive inequality in wealth and power that exists in our society. The cost of the monarchy is around £345m a year. The monarchy is not subject to income tax or inheritance tax. Then there is its massive land owning and other wealth, through the Crown Estates especially, that could be used to fund public services upon its abolition. All this gives grist to the mill of what eighteenth century philosopher and republican, Thomas Paine, famously stated: ‘A long habit of not thinking a thing wrong gives it a superficial appearance of being right’. And it is for good reason that the monarchy is referred to as the ‘firm’.

Both the SNP and Labour are thoroughly fawning monarchist parties. So, too is Alba. The Corbyn-McDonnell leadership did not change this for Labour. Neither did the inveterate republicans and long-serving Labour MPs, Tony Benn and Tam Dalyell. Even the Scottish Greens seem somewhat split on the issue. They somewhat undermined their own 2012 statement of: ‘A hereditary monarchy is incompatible with Green principles of democracy, equality and fairness. We favour an elected Head of State’ with co-leader, Lorna Slater’s statement of fawning condolence. This was counter-balanced by Patrick Harvie’s refusal to be obsequious to the new king. Those looking back to socialist sons of Scotland like John Maclean, James Connolly and Jimmy Reid and their staunch socialist republicanism will be mightily disappointed and disheartened. Tellingly, Connolly in an article published in The Shan Van Vocht newsletter of January 1897 called ‘Socialism and Nationalism’ wrote: ‘If you remove the English army tomorrow and hoist the green flag over Dublin Castle, unless you set about the organisation of the Socialist Republic your efforts would be in vain’.

It is only from radicals and socialists that the argument will be made that not only do kings and queens personally represent the public pinnacle of inequalities in wealth and power – but also that the institution of the monarchy is a prop to the system of inequality in wealth and power that scars our society. The rub is people need to be very clear minded about what kind of republic is needed. Otherwise, they could be buying themselves something akin to the proverbial ‘pig in a poke’.